A Flair for Design Showcased at Independent Women Luncheon

A Flair for Design Showcased at Independent Women Luncheon

The annual Independent Women Luncheon held in Cummings Great Hall at Phoenix Art Museum on March 6, 2012 was a gorgeous event catered by Artisan by Santa Barbara Catering, the exclusive daytime caterer to the museum. 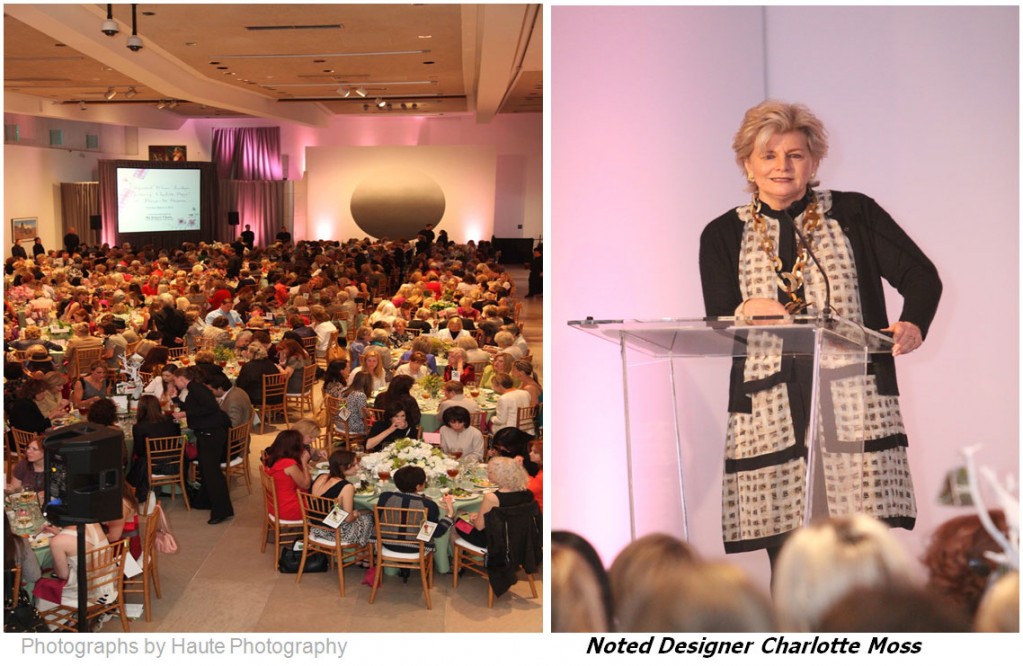 Over 500 of Phoenix’s prominent business women gathered together for lunch, to hear a presentation by “A-list” designer Charlotte Moss, and to raise funds for the museum’s educational programs and exhibits.

The Valley’s most notable interior designers brought their personal flair and panache to the event by donating one-of-a-kind seasonally-inspired centerpieces. The room was overflowing with breathtaking design creations that were later purchased by the guests. 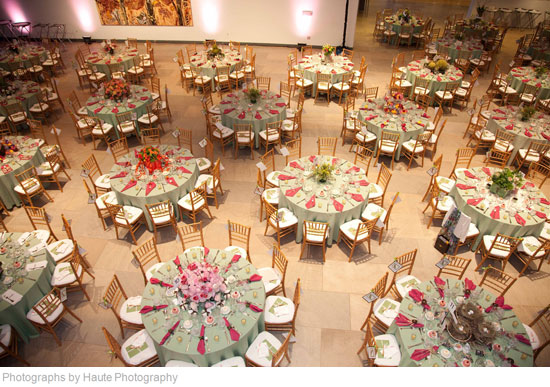 The sea foam green floor-length linens and raspberry colored napkins covering each of the 50 tables, served as the platform for the designers’ favorite colors. A profusion of shades, from ladylike pastel pink, pale violet lilac, soft lemon, to bright orange and mossy green adorned the distinctive centerpieces. Blooming orchids, roses, peonies, tulips, hydrangeas and hyacinths were the focal point at nearly every table. As guests viewed the parade of tables their attention turned to the finite elements of detail. Accent items incorporated into the showpieces included twigs, baskets, ribbons, boots, bunnies, eggs, dolls, candles, and in one case, Chanel handbags. Ironically, one item not permitted to be used was living “moss” due to the museum’s requirements of prohibiting plant materials. 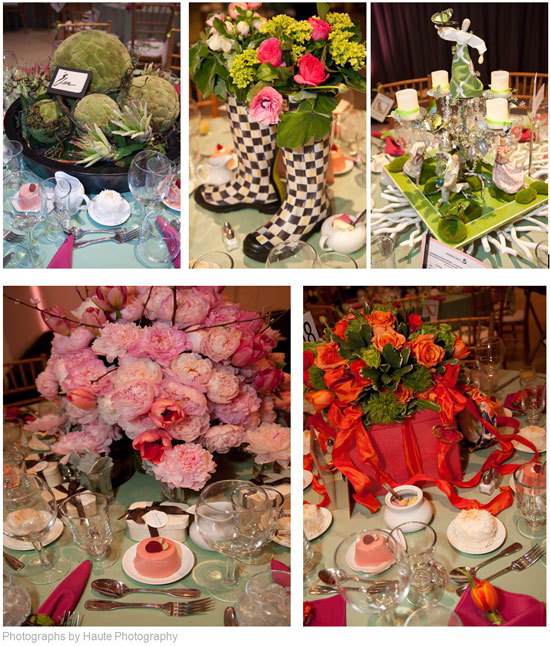 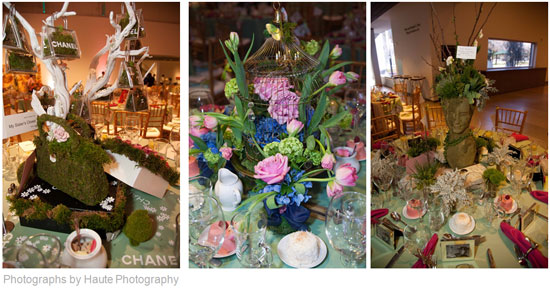 Upon arrival, servers passed Champagne, white wine and sparkling water garnished with a lime pinwheel, to the guests as they visited in the Museum’s elegant Sculpture Garden. 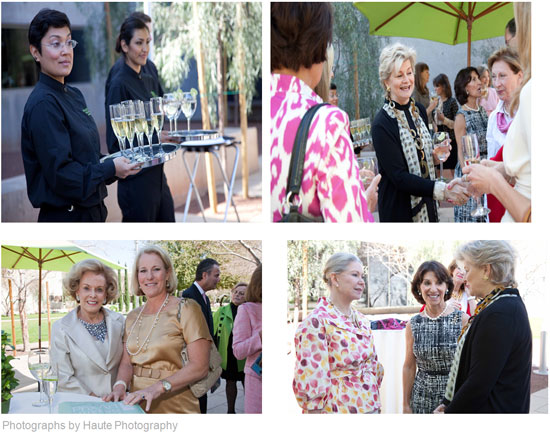 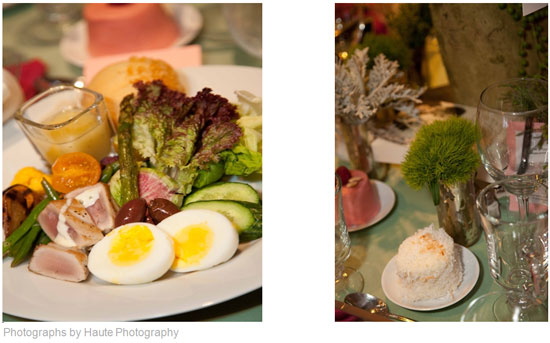 Charlotte Moss, whose luxurious decorating techniques and passionate design philosophy, mesmerized the audience with stories about the iconic women
designers who have influenced her graceful style. Traditional Home magazine considers Charlotte to be among the top twenty designers in the country. She is a frequent contributor to the Wall Street Journal, House Beautiful, Veranda, Elle Décor, Traditional Home, and Architectural Digest. She has written seven books, and designed many collections of china, fabric, carpet, decorative accessories and home fragrance.

Guests were treated to a signed copy of the guest of honor’s newest book, “Charlotte Moss Decorates: The Art of Creating Elegant and Inspired Rooms.” This book, her seventh, contains over 200 photographs that offer the reader “quick doses” of decorating advice with recommendations for Moss’s favorite flowers and fragrances for the final flourish in creating the perfect room. 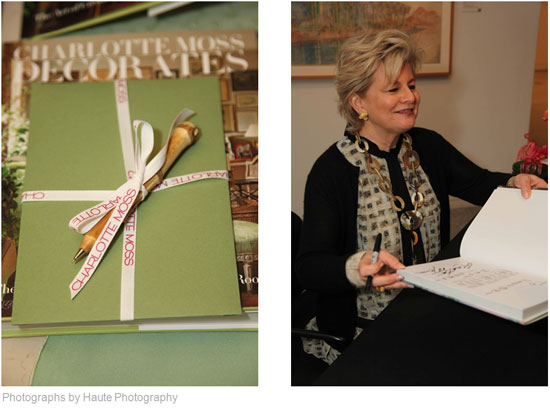 To ensure a successful program, Artisan by Santa Barbara Catering incorporated an abundance of staff to flawlessly execute the event. Three separate serving stations were built surrounding the Great Hall, including an outdoor kitchen. Twenty chefs, numerous captains, 50 servers and additional support staff were engaged for the event. The plating of 13 separate items on the salad was a major undertaking. Every food item had a specific position on the plate that it demanded to be showcased. This is a glimpse of the assembly line of the Santa Barbara team who created this special meal: 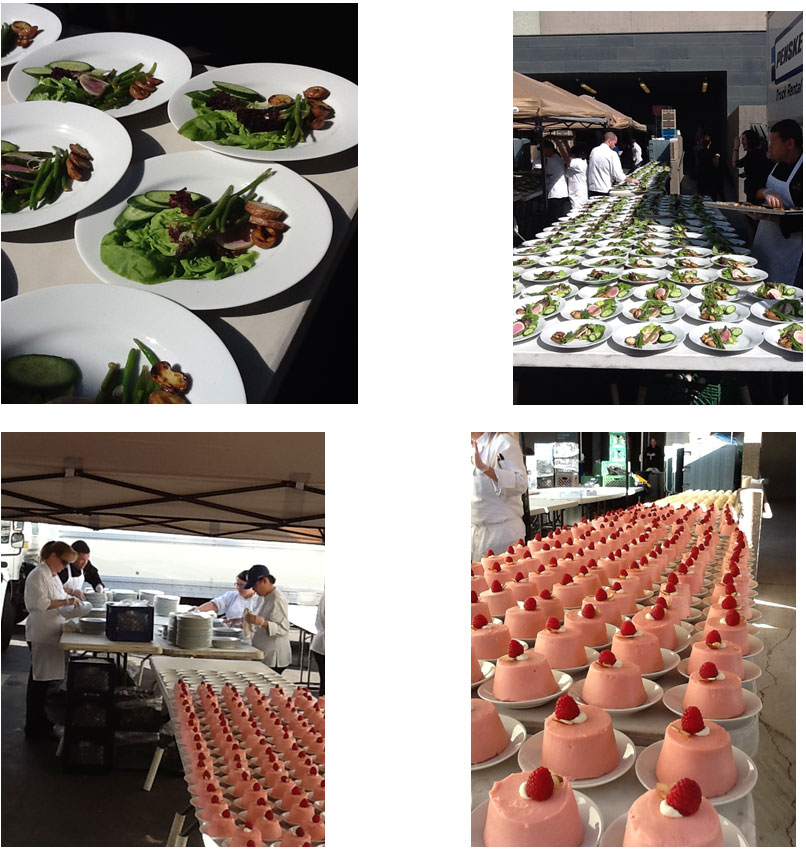 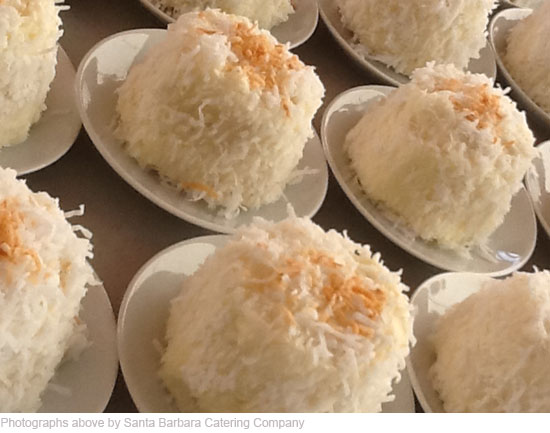 The annual fundraising program was underwritten by My Sister’s Closet. 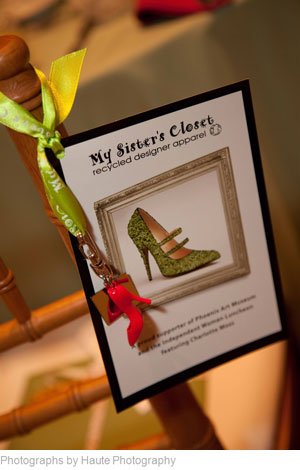 A special thanks to Darrylee Cohen of Haute Photographs (www.hautephotographs.com) for permission to use her beautiful photographs in this article.